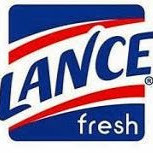 In May I purchased a C9 and after 200 hours had it professionally calibrated. I hit the panel lottery due to its uniformity and (very) mild color tinting. However, 3 months later a vertical black line across the entire panel appeared!.After a week the line disappeared however it left some stuck pixels. Now last week the line appeared again in the exact spot. Best Buy tech came out and said its a panel (only) replacement but I fear of getting a panel that's not as good. I don't want a Frankenstein C9 after spending thousands.  The line has faded again but now a light ghost image is present. The line isn't visible from 6ft viewing distance so Im hoping the line will fully fade. What is the cause of the line? The Geek Squad Tech didn't instill much confidence.